There are many ways to interpret this book

This is certainly not the first time you hear about this book and, if you have not yet read it, I certainly will not be the first to tell you to do so.
Maybe you’re wondering, why in an expat and travel blog, we talk about this masterpiece of South American literature?

A few days ago I did a live on the Instagram channel with Marcela, from the blog Romasantiago.com, at the end of our chat there were also some tips for reading and, while we were talking, I realized that I had a great curiosity about Chile (from where she is originally from) and more generally of Latin America. At times I seemed to know in detail what we were talking about. And yet I have never been there, although it is on my list of trips-to-do.

So why did I feel close to so many things that Marcela said?

The answer is simpler than you think: I have read so much about those areas and also studied so much in the past. The readings do not have to be historical or actual events to begin to know the culture and history of a country. The house of spirits is an example. 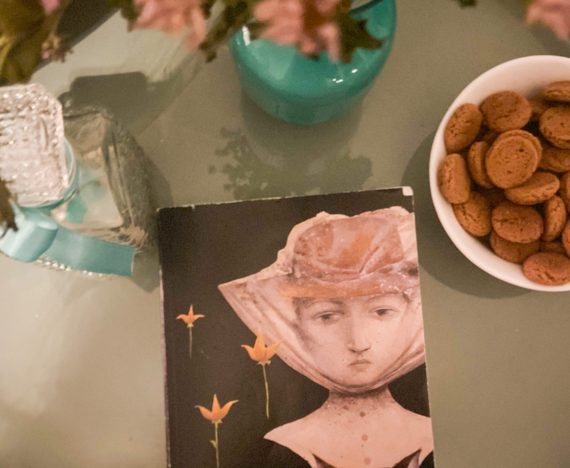 We are in Chile, the story and the characters develop between the 1920s and 1974.

There is so much fantasy, a pinch of madness and at the same time there are the stories of how people lived, what they believed, what they clung to in times of difficulty.
Through the story of Esteban Trueba and Clara del Valle, their families and the people who revolve around them, we discover how people lived in the city and how in the countryside.

All the relevant political facts are present over time.

The book ends in 1974, the year following the Coup d’État, which took place on 11 September 1973, which brought General Pinochet to the power and this changed the fate of the country that in those years was headed by Salvador Allende. Names you surely know.

Let’s take a step back. Esteban is not rich, but he manages to establish himself by working hard, bringing back to splendour the land inherited from his family ¨The Tre Marys¨ . It is right here that almost all the characters will live the epic moments of their personal and family stories. The Three Marys frame the changing history, the peasants who become aware, who approach socialism and how these ideas, rights, are viewed badly by those who belong to another generation.

We know about  the role of the women in society via some characters: Clara and her supernatural powers that lead her to be a little rebel and Blanca victim of her own love and eternal insecurity. Later on we also meet Alba, who embodies the best of the two and perhaps even the grandfather Esteban.

The House of Spirits is a history of family and politics, intertwined with paranormal activities. It is also a story of loneliness and sadness, of characters that instead of growing up they remain stationary or involuntary.

But it is also a book written by the pen of someone who knows how to keep the reader attached to the pages, intrigue him and bring it to the end. Of those who can describe the places so well that it almost seems to see them. The pen of those who know the story and want to tell it without boring, without weighing it down.

I read the book in Spanish, in its original version and all this is what I perceived. Tell me if you’ve read it too and how it has affected you.

Typical Dutch – more than a photobook