In the Netherlands, children and young people have been back at for a couple of weeks already. What better time to talk about the Dutch school system?

As per the some of the previous articles about the school system in otr countries, I relied on the words of an expert: Miriam 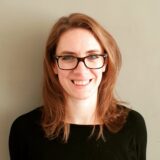 Miriam Bunnik is Dutch, and she studied Italian Language and Culture. She is a translator and interpreter for Dutch and Italian. She married a Genoese who emigrated to Holland and they have two children. They live in Rotterdam, but they have hearts in Italy.

She was also my first Dutch teacher a few years ago!

Let’s read together what she has to say about her and the Dutch school system:

My name is Miriam. The fact that I am married to an Italian with whom I have two Italian-Dutch children makes me think a lot about my culture and our customs. Rossella asked me to explain the school system, and I will try to do it as clearly as possible.
Before I begin, I would like to tell you that in the Netherlands we don’t just have the word ~ children’ (kinderen).Our kids at school start as ‘baby’ (0-1 y.o), then ‘dreumes’ (1-2 yo), to go to ‘peuter’ (2-4 y.o), and last ‘kleuter’ (4-6 y.o). Aren’t they cute names? I know, those are difficult words to pronounce.

For the youngest there is a kindergarten. Already at the age of three months children could go there. The service is quite expensive, but the Dutch government grants a subsidy based on the salary and number of hours spent in kindergarten. Many parents take advantage of this opportunity, because maternity leave lasts only 16 weeks. When the children turn 2 they could go to the school of the ‘peuter’, the so-called ‘peuterspeelzaal’ which is a kind of pre-school 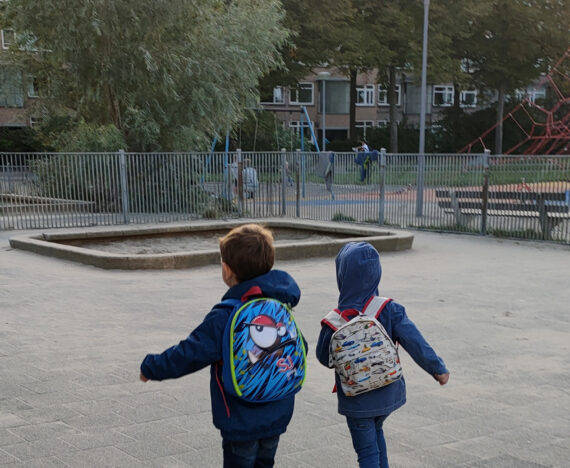 When Dutch children turn 4, it is an important event in their life. Even if they have compulsory schooling only from the age of 5, after that fourth birthday already begins their school life at basisschool (elementary school)!
The Dutch primary school therefore lasts 8 years, from group 1 (4 years) to group 8 (12 years). The first two years are a kind of preparation. They do not know how to read and write at once, but they learn, in a playful way, to fit into a world of rules, discipline and responsibility. They learn the first letters, the first numbers and do exercises with motor skills. This type of preschool is called kleuterklas, the class of kleuters, and serves to prepare them for the ‘true school’.

The choice of primary school

There are various types of primary school, based on the individual needs of each child, or each parent. There are public schools, Catholic, Protestant, Islamic, but also international or private. Some schools then apply a particular learning method such as Jenaplan, Dalton, Montessori, or the Vrije school (free school). There is a lot of choice, and you have to be well informed.
Parents do not always choose the nearest school, the neighborhood school, but they go first to see them and opt for the one they like the most. For some schools it means that they have a waiting list in case of great interest. And if they can’t accept all interested people, sometimes, they make a draw. Especially in big cities like Amsterdam and Rotterdam it can happen this way, and it is a serious thing, because the risk of favoritism or discrimination is always there.
Many parents start looking for school long before the time, but in reality they can enroll children only when they are 3 years old. If parents are not able to decide, or if they prefer to have more chances of admission, they can always enroll them in more schools at the same time.

The school is free of charge up to 18 years. However, schools often ask parents for a voluntary contribution for the organization of events, school trips and/or extracurricular activities. This contribution varies from school to school, and it can even reach 400 euros for schools, let’s say, “of prestige’.
Schedules also vary from school to school. In general they are between 8.15 and 14.30/15.00, with lunch break at school. But there is no canteen, the children bring their sandwiches from home. On Wednesday afternoons children have no school, so they have free time to devote themselves to their hobbies. For working parents (full-time) these hours may cause discomfort. They have the opportunity to take advantage of the after-school service, which is paid (always with a small subsidy from the state)

A very nice thing about the Dutch system is that during the school year there are various holiday periods, in addition to national holidays which are relatively few. Practically every season has its own holiday: herfstvakantie in autumn, kerstvakantie (Christmas holidays) in winter, voorjaarsvakantie in spring and another in late April/early May. So roughly every 6/7 weeks the children, but also the secondary school students, get remarried a little. The summer holiday lasts (only) 6 weeks and takes place between the months of July and August.

During these eight years of elementary school, children are continuously monitored through tests to see what they are capable of. If they are good at studying or if maybe they have a more practical approach to the subject. At the end of the course they take a final test, the result of which – together with the teacher’s advice – is essential for the choice of secondary school. This allows them to already direct themselves towards a learning method more suitable for them.

It is tradition, once passed the exams, to hang the backpack, now worn out by the use of all those school years, together with the dutch flag, out of the house. In this way everyone knows that in that house someone has graduated. It is a symbol of pride.

In the Netherlands, middle and high schools are a single entity that is simply called: middelbare school. Secondary schools are classified by level.

The first 3 years of HAVO and VWO students follow the same subjects, but then – arrived in the so-called second phase – they have the opportunity to choose the subjects they like the most or in which they excel the most in a so-called ‘profile’. This allows the individual student to choose – in addition to compulsory subjects such as Dutch and English, and at VWO also mathematics – a very personal subject package suited to his abilities and interests. There are those who make the profile Culture and Society, there are those who opt for Science and Technology. The options are many, and the optional subjects can be very varied.

Secondary school always ends with a final examination. Depending on the level of the school, the subjects chosen and the results obtained, students can then choose the next step. 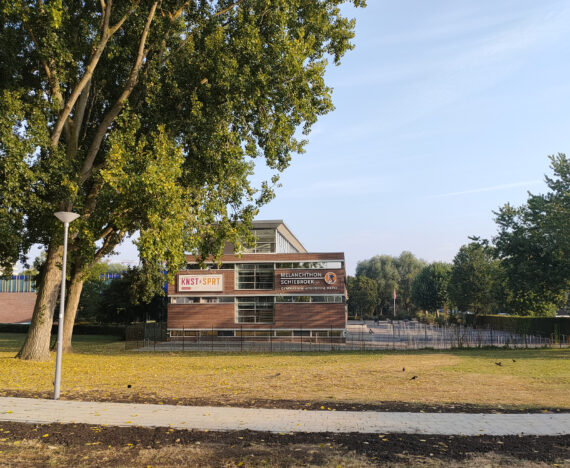 For those who have finished the VWO, the road to university is immediately opened. However, in the Netherlands there are also many technical schools such as the MBO (Middelbaar Beroepsonderwijs) and the HBO (Hoger Beroepsonderwijs), also known as Hogeschool, which is almost equal to the university, where you can obtain a bachelor/master’s degree.

The HBO bachelor’s degree lasts 4 years (at university only 3), but it is a more practical, less theoretical-scientific education, which better prepares you for professional life, if you ask me.

Get to the top

Coming to this point in my story, it may seem that Dutch children are classified by intelligence according to the level of the school they attend. But in reality it is not so.

Those who do a technical school are probably more likely to do wonderful things manually. And then in the Netherlands you have the chance to get to the top by climbing the various steps of the school ladder. You can start with the VMBO and get to a university Master’s degree by covering all the intermediate steps. And we have so many successes of this kind!

In short, perhaps (for me) the selection that is made between primary and secondary to target children in a certain school path comes with pros and cons, maybe it’s early to decide at 12, I don’t know. But still, in the end, Dutch children are among the happiest in the world. They say.

And what do you think of this school system?

Let us know in the comments.

Thank you Miriam for helping us to better understand the functioning of the Dutch school.