Going to school, the German way 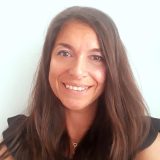 After six years in Berlin, I could write a lot about Germans and their way of living, their customs and attitude towards life. I may not agree with them in all aspects, but one thing is for sure: I will always remain a great admirer of their educational system.

My children were raised in the Germanic spirit from the very beginning. They lived their first years in Austria and I would say that both countries have common views in terms of children education and on how they understand to lay the groundwork for tomorrow’s adult characters.

Children are taught and encouraged from a very early age to be independent, to explore and understand nature and to respect it.

I think it’s really admirable how these people manage to inspire in their children, from such a young age, the feeling of duty when it comes to protecting the environment. Everything is done through play and examples, but once rooted in their soul and mind, children will put into practice everything they have learned.

Experiments are plenty everywhere in German schools and they help children understand even the most abstract notions.

The power of example is very important and the fact that the rules apply to all equally and without interruption sends a strong message to children about their proper conduct in the future. There are rules which have to be obeyed and there are no exceptions when it comes to morality, fairness, but also loyalty.

I would say that one of the most important things my children learned in school and kindergarten was not to lie, under any conditions and with any consequences. To be fair and true is more important than to be the first or best, and the fact that a blind and often useless competition between children is not encouraged is again another aspect that I have always admired in German schools.

It is important to try to be the best at what you do and what you like, but no one asks you to be good at everything (which is often not possible). Much more admired and encouraged is the team spirit and good cooperation with others; joint projects are common in German schools.

The German education system is structured in stages, depending on the age of the child.

Already from 5th grade, you have to decide which way you wish to go farther, in terms of secondary education, depending on the academic results, teacher evaluations and also personal interests.

Personally, I think that the delimitation and separation of children from such a young age (only 10 years old) may be risky and premature and can erroneously decide the fate of some children. But experience says that generally anyone can get where they want in Germany and that German faculties train high-class specialists, so practically this selection does its job brilliantly.

Probably many of you heard of the much-praised German vocational dual training programs, offering a way of training for your future occupation and work experience, in the same time. These programs usually last between two and three and a half years and comprise theoretical as well as practical elements.

Private schools are not many in Germany.

Maybe one of the reasons being that the public system is quite good and qualitative.

They are not especially pricey, except maybe for some highly elitist ones, such as ‘Schule Schloss Salem’, as the most renowned boarding school in the German-speaking world, but also one of the most expensive (tuition here can be up to 49,000 euros per year). Of course, it also depends on the location in Germany, some states being more expensive than others and also with a more demanding curriculum. Tuition costs are often established according to parents’ income and are strictly regulated.

A special category is made of Waldorf schools, the largest network of private schools in Germany.

These ‘alternative’ schools, very similar in many aspects to the famous Montessori, are based on the philosophy of Rudolf Steiner. They normally offer schooling from kindergarten till the early years of secondary education. These schools put a special accent on child’s creativity and their curriculum places a high emphasis on crafts and arts.

Another great advantage of the German education system is that there is a whole network of German schools around the world (around 150!), aproved by the German Foreign Ministry and which follow the same curricula anywhere on Earth, so that kids may have continuity in their learning process. It’s extremely useful for expat or diplomatic children, for instance.

In total, 47 universities in Germany are counted among the very best in the world. A German top ten includes Technical University of Munich, Ludwig Maximillian’s University, also in Munich or Humboldt University and Freie University in Berlin. Founded in 1386, Heidelberg University is Germany’s most ancient one and it is widely considered to be among the most prestigious. There are also more than 200 universities and colleges in Germany which offer Bachelor’s or Master’s degree programs in English.

All these attract thousands of students each year; Germany is a favorite study destination for many students in Europe and around the world. But be aware: studying in Germany doesn’t automatically mean that you will also get a job easily there, afterwards!

That’s another business and, maybe a subject for another time

Wondering how to move to Germany? check out my YouTube video for some tips

How to move abroad to study?