If you follow me on social media, or have read my presentation article, you know that I am Sicilian.

Although I have left my island for many years, it remains a deep bond with Sicily, not only affective but also due to the multitude of beauty available.

I think everyone should take at least one trip to Sicily to understand what I’m talking about and why ¨you can take a Sicilian from Sicily, but not Sicily from the heart of a Sicilian¨

Sicily is the largest island in the Mediterranean, in ancient times it was also called Sicania, from the name of its first inhabitants and then Trinacria, which in Greek means from the 3 promontories.

According to geologists’ calculations, the gradual emergence of the earth from the sea began about 200 million years ago. As an island was born. It seems, in fact, it has never been attached to the rest of Italy.

Etna is the largest (active) volcano in Italy, but it is also one of the highest in Europe, with its 3,357 m. At its feet there are towns, you can go hiking on the volcano, get to a certain crater, ski because in winter it is always snowy.

¨The Mountain¨ , as we Sicilians call Etna, is always recognizable by the smoke that is perpetually visible from the crater. 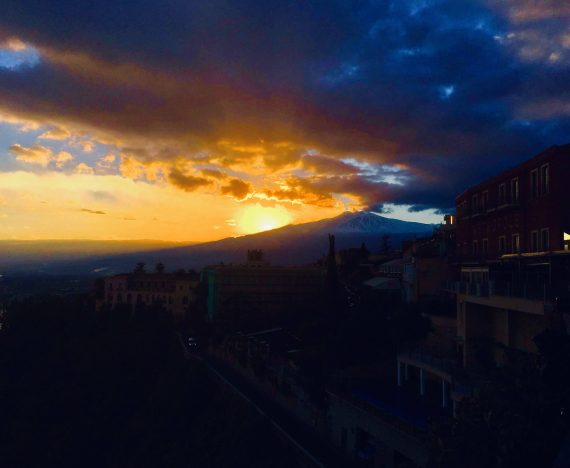 View of Etna from Taormina

However, Etna is not the only active volcano present in Sicily, in fact the greatest natural shows are offered by Stromboli in the archipelago of the Aeolian Islands.

Here we also find Vulcano, another of the 7 islands all of volcanic origin, which, however, is inactive since long time.

And, for those who think that in Sicily the landscape is only dominated by the sea, it is wrong. The Sicilian Apennines is divided into 3 mountain ranges: Peloritani, Nebrodi and Madonie

It would be too long to go into the details of the various historical periods and dominations in Sicily, anyway they are absolutely important to remember to understand why this land is so rich, so mixed.

Every population, in fact, has left its mark, the Sicilians have been good at keeping alive the traditions acquired in all fields, in architecture, in the culinary world, in folklore, influences are also found in dialects that can be profoundly different from province to province.

The true history of Sicily was born during the Greek period (century VIII-III BC), followed by the Roman, Byzantine and Arab periods (from the third century BC to the XI d.C.).

1302 marks the beginning of the Aragonese and Spanish period which lasted until 1712 and finally gave way to the Bourbons.

All this collection of stories, populations, wars and moments of peace and development have given rise to an immense number of myths and legends that are still transmitted and handed down. Popular culture remains a resource that we do not want to do without.

Myths and legends also take shape in art. As a good Messinese the first thing that comes to my mind is the painting by Renato Guttuso in the ceiling of the theatre, which portrays Colapesce intent on throwing himself into the sea to save Sicily. I’m sure you know about many of these legends, for example the one about the famous Moor heads, if you do not have them at home, you will have seen them somewhere without a doubt. 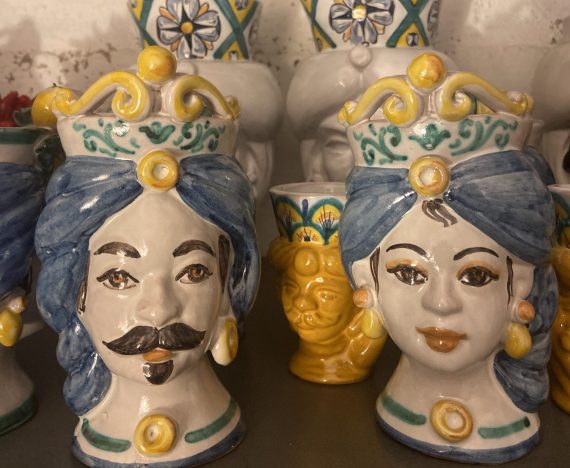 The Sicilians have made their contribution in many fields. Just think of Archimedes, Empedocle, Majorana, and then, the  most famous writers (and Nobel Prize winners): Salvatore Quasimodo, Leonardo Sciascia, Giuseppe Tomasi di Lampedusa, Giovanni Verga, Luigi Pirandello etc… 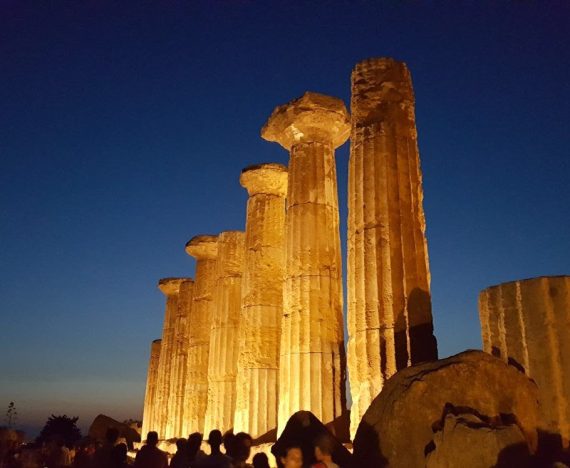 And so history, art, folklore, sea, mountains, volcanoes… I convinced you to visit Sicily?

If you still have doubts, or if you are already planning your holiday, I invite you to deepen all the topics mentioned here in Bianca Magazine, an online magazine that gives you as much information as possible about Sicily from all points of view, fun and always up to date, Do not miss it!

Sicily is all a fantastic dimension

The House of Spirits – Isabel Allende

Going to school, the German way.

Marzamemi, the village of fishermen