It is not easy to describe Vienna and the sensations you get when you visit it, it seems almost a mysterious city.

You see very few people outside the tourist complexes and the old town, as for furnishing shops and restaurants it seems almost to have remained in the 80s. The city is extremely white, or at most some building of soft color, except for a series of apartments that I’ll tell you about in a moment, and is extremely clean (which is a good thing) to look fake.

If you are looking for nightlife and chaos, don’t go to Vienna, but if you are interested in museums, classical music and various forms of art, then you are in the right place.

I will tell you about the city as if I were making a travel itinerary, along the steps taken during my quick weekend.

Friday 19:45 me and my friend land at the airport, we had seen that there were public transport available but taken by a bit of laziness and worried that the restaurants closed soon (although we had booked) we chose to take a taxi (almost €50 for 20 minutes) which led us to Mercure Vienna First.

The first dinner was dedicated to the famous schnitzel, as famous as great. The restaurant is a sort of institution in Vienna, famous for its historic Viennese cutlet: Figlmüller since 1905. (there are 2 restaurants in the same street and have some difference in the menu, but they are from the same group). 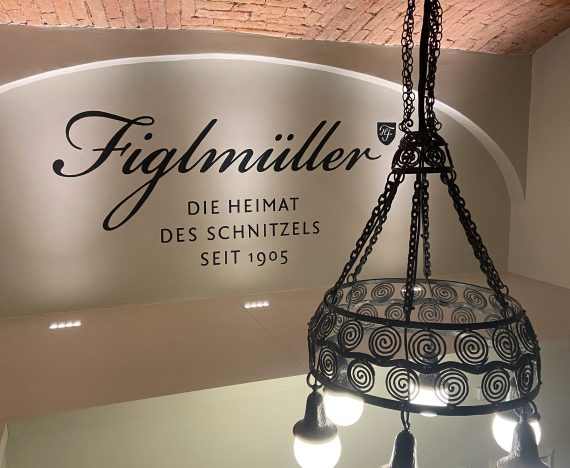 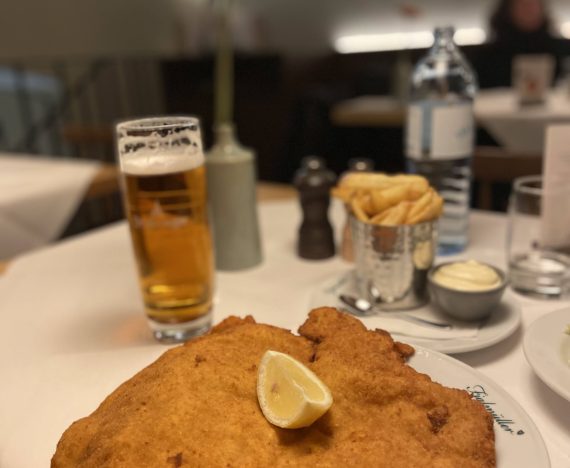 Obviously it was late so after a walk we reached the hotel and planned the next day.

Wake up early and ready to walk. In about 15 minutes from the hotel we reached the Palmenhaus, a greenhouse of two thousand five hundred square meters wanted by Emperor Francis I of Lorraine in 1753. Today it also houses an area dedicated to breakfast but also lunch. As I said before the style is a bit ’80s but the breakfast delicious. Excellent both coffee and cappuccino and delicious yogurt with granola and apple strüdel. 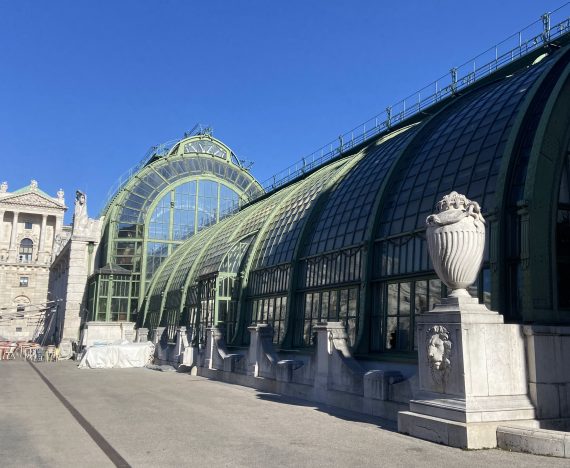 Regenerated from breakfast we thought of walking to the National Library. A lovely place! The ticket costs €8 and if you like historical bookstores, you can’t miss it. As I say in the video on youtube, I have been impressed globe. 4 different, 2 terrestrial theme and 2 astronomical. Built by Vincenzo Coronelli by the will of the emperors in the middle of the 18th century. 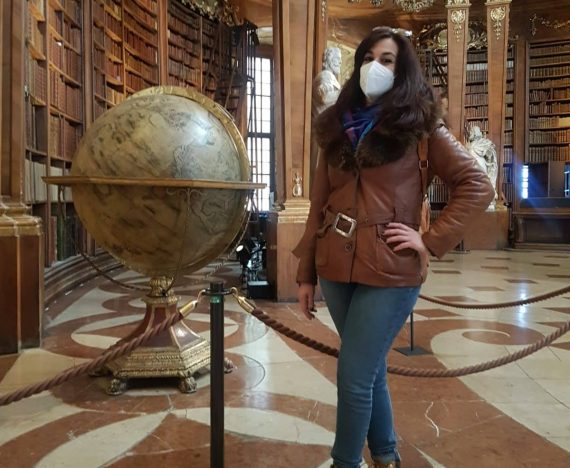 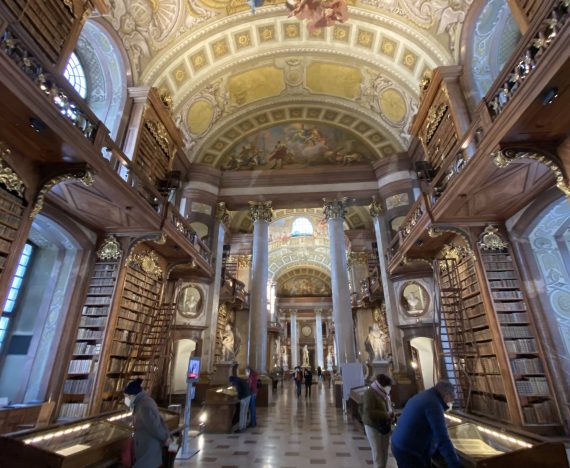 The walking till now was not too much so we decided to go walking also to the Belvedere Castle (about 25 minutes walk but there are also public transport if you do not want to walk).. There are 3 possible tickets to buy. Upper and Low Belvedere and Belvedere 21. We chose the one called Upper to see the permanent exhibition of Klimt and other artists from the Middle Ages. The cost for this part of the visit is €16 per adult. This also deserves every minute and cent spent. Beautiful performance, screaming halls. It was the summer residence of Eugene of Savoy, so let’s talk about a real royal palace in the Baroque style. 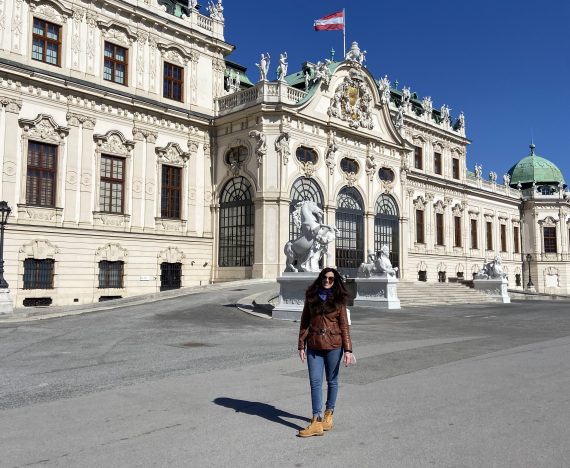 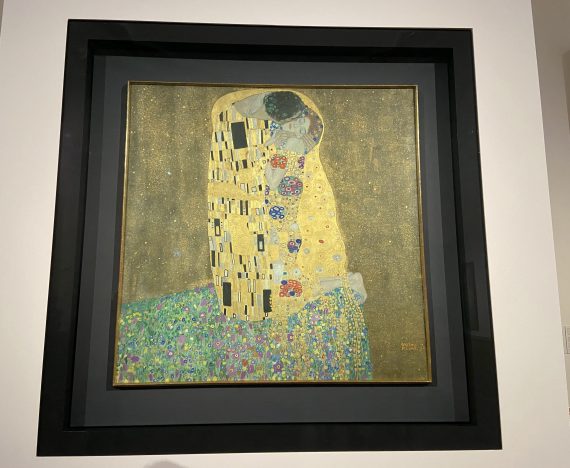 After a not excellent lunch, we went to the last stop of the day before a stop at the hotel. The curious and particular colorful houses. Hundertwasserhaus, are much more than colored houses, the project of the architect whose name they bear, was not only to establish a connection between man and nature, but to give a home to those who could not afford it, were born in fact as social housing between 1983 and 1986.. In front of the building with the 54 apartments there is a small mall on the same style, very cute and cheerful. 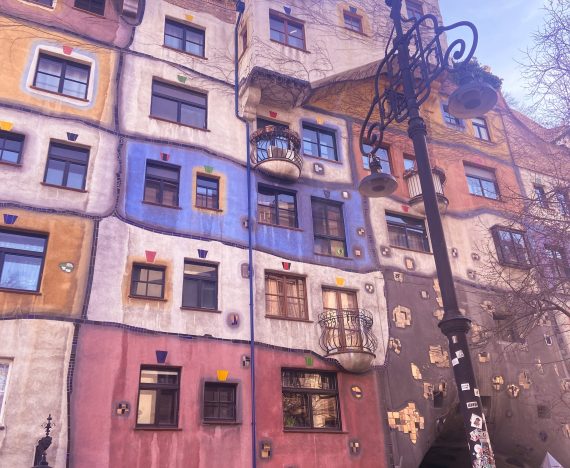 A short stop at the hotel and we go to see a show that symbolizes Vienna. A string quartet gave us, for just over an hour, a beautiful concert with the notes of composers such as Beethoven, Haydn and Schubert. All within the Baroque Church of Saint Anne. The cost of €29 is decidedly moderate when compared to concerts in theatres. 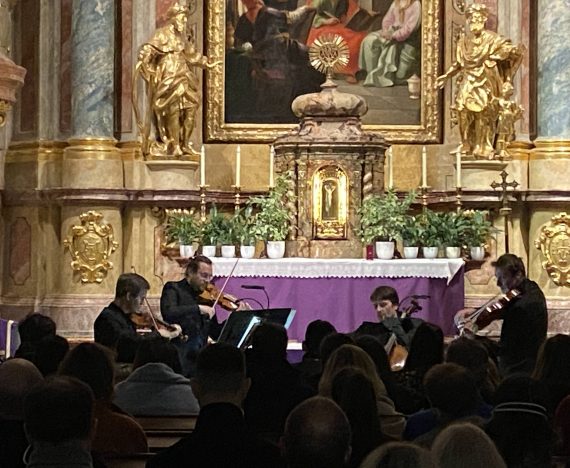 End of the day with another typical dinner. This time we go to the Plachutta to taste the Tafellspitz. A kind of boiled meat. There is a real guide to eat it starting from the soup, proceeding with the marrow of the bone marrow and finishing with the boiled vegetables and the accompanying creams. If you eat meat, you’ll really like it.

A bit quieter in the morning, after coffee at the hotel and a simple breakfast at the bar (the hotel offered breakfast to pay as extra, but €21 per person seemed too much and also having breakfast outside is a way to explore other places), we headed towards the Prater. A real amusement park designed for families. I think it gives its best in the summer because many rides were closed. The Ferris Wheel was already there before the area was transformed into a park, which occurred after the disastrous floods of the Danube. This is how the signs show inside the small museum dedicated to the Ferris wheel. The tour lasts about 10/15 minutes and costs €13.50. Honestly the view of the city is nothing so impressive so I would not recommend it. 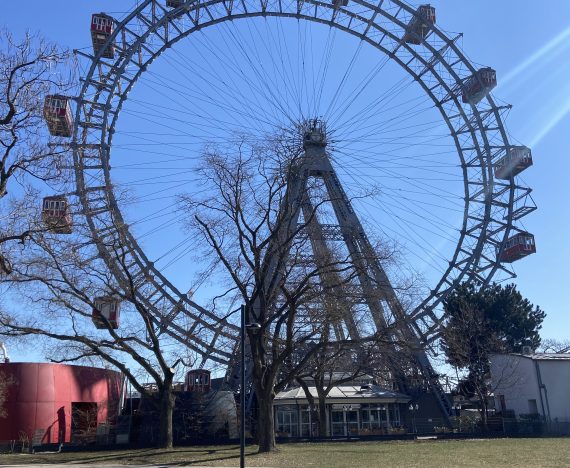 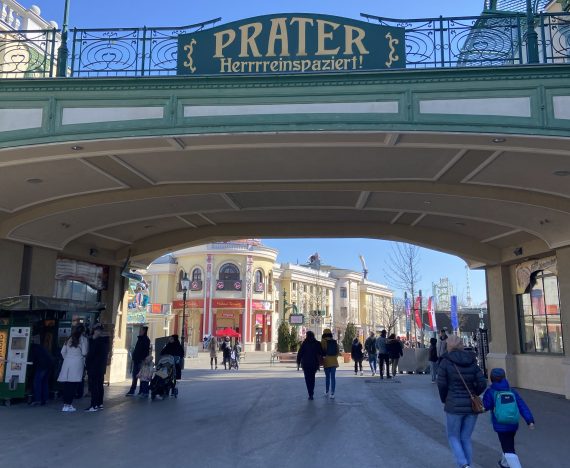 From here, in about 1 hour by public transport (ticket cost €2.40 and you can not do it on board), we arrived at Schöbrunn Castle. The castle of Sissi and Franz. You can visit only the most reminiscent part of Sissi’s life for €18 (30-40 minutes) or take the full tour with the story of Maria Theresa’s life for €22 (about 1h), in both cases the audio guide is included. Inside you can’t take pictures or videos. The focus on what you see and feel is maximum. The castle is very beautiful and you discover a little curiosity about the imperial couple.. For example, why is Elizabeth called a princess if she never was? Duchess is born and dies Empress, also her diminutive seems to be Lizi. But because of the films it is common to call her Princess Sissi or Sisi. 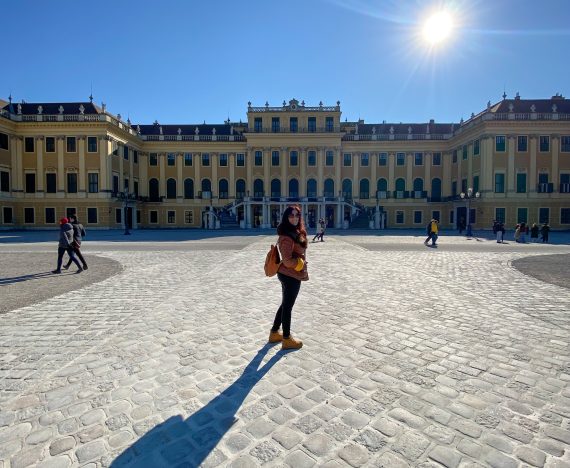 We did not miss the sacher cake. You can enjoy it in the most famous Hotel Sacher as well as in other places, such as the Demel. 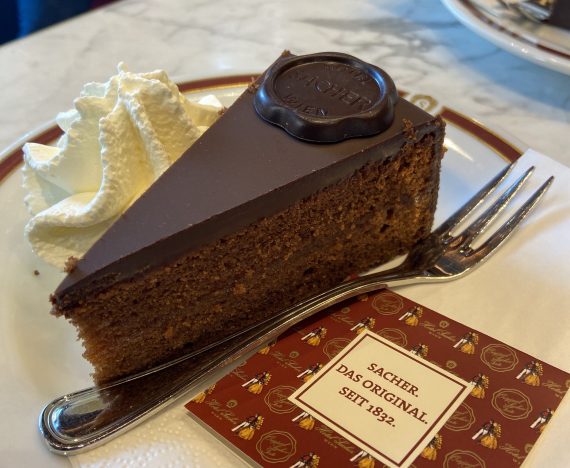 To get to the airport from the Old Town we walked for 15 minutes to Mitte station and from there the S7 train line takes you directly to your destination in 25 minutes. The cost of the ticket is € 4.20 for one person, but buying 2 together we paid only € 5.80.

At the airport, at gate F where we were there were 3 restaurants, one of which from 19:15 no longer served food but only to drink, 1 was completely closed and the other was disposing of what was left to close. I don’t know if it was a case, but keep that in mind.

Another useful info. The shops are open until 17 and on Sundays are also closed in the old town.. The trip was made in March 2022, requesting FFP2 mask anywhere indoors and green pass. (2 or 3 doses).

And you’ve been to Vienna?

Talk to you soon about the next trip.

Going to school, the Belgian way